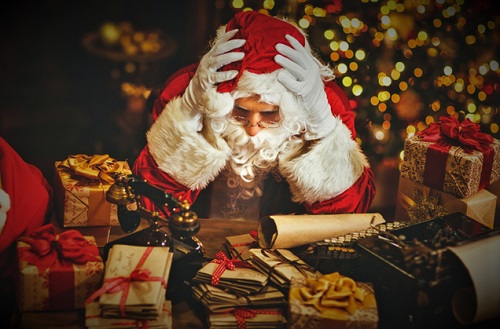 Right product, at the right time, for the right price and through the right channel

My 4 years old daughter asked Santa Clause for a doll. Sounds like an easy gift if it wasn’t that my little girl had been very indecisive on her present until exactly one week before Christmas Eve when, sitting on the knees of Santa at the shopping mall, she clearly asked for that specific doll. Santa Clause’s answer was obviously affirmative. It was just a doll.

But it was not just a doll, it was the doll of the moment. The one that 7 days before Christmas had already long overcome the forecasted targets for sales.

The doll. Not a generic doll, but the one that had been heavily promoted since last September in the TV commercial, toy shop shelves, and supermarket flyers. The promotion reached the most powerful engagement through the “kindergarten influencers”: children spreading desire for the toy through word of mouth. You may not give a damn about dolls, but when your whole little community starts spreading influence and succeeds in generating the need – there is no parenting power being able to change it!

It was 7 days before Christmas. every decent Santa had already bought and wrapped the present at that time, but not our Santa Clause. He was terribly late. He hoped for the usual easy little girl to be happy with anything he would have brought. But that has not happened this year, the change in demand was not forecasted: it came unexpectedly and the only way to succeed was to embrace the change and adapt, to make sure that Santa’s little customer was happy and satisfied. The old man’s goal was to buy the doll, at the most reasonable pricing.

Toys’ prices are subject to demand and availability and fluctuate accordingly. Santa had an easier time when I was a child – no dynamic pricing, it was all very straightforward: one price and less supply. But it is the year 2018 and the world has changed. Unofficial doll’s most common pricing: 69,90 Euro. The toyshop showcased it as a “clear price”. Fair market price? Probably not for a doll, but that was it. Its positioning was strong and the competition was very weak.

The Megastore in town had been running a special promo for the doll for long – it was marketed in all shelves and flyers, hard not to notice it. The selling price promoted was 49,90 Euro (-29% from the unofficial rack rate) that was a pretty good deal. Moreover, you got in return 30% of your total toys spend, converted into a shopping voucher. Unluckily, demand was high and timing was bad – the 30% voucher had ended in the beginning of December but the worst part was that also all dolls had been already sold out. The same thing happened in the other point of sales of the same retail chain, all dolls long gone.

Santa 2.0 shops online and he is an Amazon’s Prime client. It would have been easy to order and receive the toy to the North Pole by Christmas. Well…the doll was obviously in the Amazon’s Choice list and the best price showcased was 59,90 Euro. Santa thought it was not so convenient for the channel, but still…in one click, it would have been bought and shipped. Then he realized that the delivery date was the 28th of December! That did not work, Santa left the cart a bit concerned, totally ignoring all the other competitor dolls promoted at the bottom of the page.

Medium size supermarket, no big advertisement except for good value for money. At the toy department, there were probably 5-6 dolls still left and the price was 49,90 Euro. But best of it, it came with a last-minute return of 50% of the total toys spend, converted into a shopping voucher. Santa bought the doll.

A toy shop in a primary holiday destination:

Doll price 99,90 Euro (Santa entered the shop, just out of curiosity as he had already bought the doll at the retail shop next door)

Some takeaway notes for next year:

The value is priceless. No doll is worth any of the prices recorded, but what defines the price is the market positioning, what the customer perceives and is willing to pay for. The price is defined by the value, it is never cost defined.

Timing is everything. Make sure you understand the demand curve for the best price and availability. Santa, you were very bad in your shopping timing, but you were lucky to find a last-minute sale.

The location sets the price.

Thanks for making my little girl happy, next time please work on your forecast to anticipate demand and make stress-free purchases as the trick may be right behind the corner (or in the holiday primary destination where prices are boosted due to high and diversified demand…)

The value is priceless and the price is defined by the value, marketing message and positioning. You very well understood it and you probably sold tons of dolls leveraging on the value, rather than the cost. Well done to you, bad luck for Santa. These are the rules of the market.

Timing is everything and distribution is fierce: make sure you manage the way your doll is distributed and your pricing is fair (99,90 Euro is probably not). Gain control of your distribution and preserve your positioning – price is part of the positioning statement among other factors and if not controlled it could erode the consumer’s trust (either you or the retail store).

No discounts without a quid pro quo. The last-minute sale at the retail store next door worked for Santa, but he would have bought the doll anyway so you probably left money on the table.

Pricing ending in ,90 works as the customer focus on the lowest digit on the left (psychological trick)

I hate your doll, it cries all the time, but after all this long purchasing journey, we go back to the beginning and given the big smile in my little one’s face… it was the right product, you sold it at the right time, for the questionable but still right price and through the right channels!

Thanks Santa, see you next year (please do start in October to measure the curve of demand though!)